A Response to Robert Ovetz 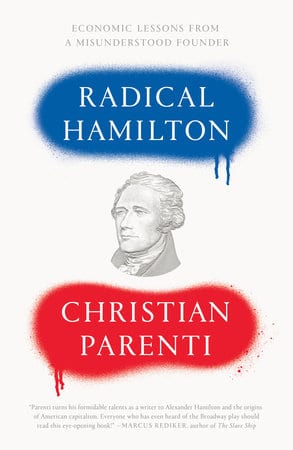 My book Radical Hamilton: Economic Lessons from a Misunderstood Founder (Verso, 2020) offers a reinterpretation of the American Revolution, examining the political economy of the war effort, the postwar slump, and the plethora of violent social and economic conflicts of the 1780s. The book also reads the U.S. Constitution as an economic document that lays the foundations of a developmentalist state empowered to plan, invest, produce, and guide an economic transformation. I also show how, despite active sabotage by the small-government-advocating Jefferson and Madison administrations, the utility of the developmentalist state had to be embraced for the country to industrialize and survive.

Robert Ovetz’s review of Radical Hamilton avoids most of this and in the process misrepresents both the facts and the argument. He charges me with attempting “to reframe Hamilton as an eco-warrior whose 1790s financial plan is a ‘greener means proper’.”

Environmental problems never entered Hamilton’s thought. Had they, we can assume he would have been ready to sacrifice the environment to achieve development and secure sovereignty. Only briefly do I connect Hamiltonian political economy to the modern environmental crisis by suggesting that an accurate understanding of government’s role in driving forward the first industrial revolution will be useful in the green re-industrialization demanded by the climate crisis.

The term “means proper” does not come from Hamilton’s “financial plan,” as Ovetz misidentifies it, but rather from Hamilton’s almost totally ignored industrial plan, Report on the Subject of Manufactures. The distinction is important because that 30,000-word blueprint for government-driven industrialization is a central focus of my book. Yet, the review never even mentions it.

Ovetz claims that I “assert” Hamilton was an anti-imperialist proto-dependency theorist. I do not “assert” anything but I show how Hamilton’s advocacy of economic planning in the face of crisis resonates with modern struggles:

Hamilton’s defensive developmentalism, though in no way socialist, nonetheless had an anti-imperialist or at least postcolonial tinge, and in that regard anticipated some of the challenges later faced by the socialist experiments in the twentieth century. A more symmetrical comparison can be drawn between Hamilton’s project and that of Simón Bolívar. Like Hamilton, Bolívar was a liberal nationalist with a political vision of continental scale, rooted in the quest for development, sovereignty, and a strong central government.

By repeating the old democracy-vs.-aristocracy framework, Ovetz falls into dichotomous, moralistic thinking that confuses scale for political content. He implies that the U.S. Constitution’s centralization of power was inherently undemocratic because the states, being smaller, were necessarily more accountable, democratic, and progressive.

In reality, most state governments were controlled by cliques of corrupt, self-dealing local elites. Many of them opposed the new U.S. Constitution because it would impinge upon their undemocratic prerogatives. This elite fear of Big Government was summed up succinctly in 1818 by Congressman Nathaniel Macon of North Carolina when he wrote: “If Congress can make canals, they can with more propriety emancipate.”

Ovetz claims that during the Revolution “most of the states” rewrote their constitutions to make them more democratic, and as part of this they “created unicameral legislatures.” In actual fact, 11 of the 13 states possessed bicameral legislatures, complete with aristocratic upper houses, and had since the late 1600s.1Peverill Squire, “Historical evolution of legislators in the United States,” Annual Review of Political Science, 2006, 9:19–44; see page 22 and 27.

All of these bicameral state legislatures had property qualifications for voting and office holding, a fact the review attempts to minimize. Half the state constitutions required voters and officeholders be Protestants.

By contrast, the U.S. Constitution includes no property qualifications, religious restrictions, nor restrictions on the basis of race or gender, for voting and federal office holding. The Constitution, as I explain in Radical Hamilton, “also did away with various forms of judicial caprice, specifically ‘bills of attainder’—legislative acts in which a person or group could be declared guilty of an offense and punishment imposed, often without a trial. The first 10 amendments, the Bill of Rights, explicitly guarantee a set of legal protections for the individual against the state and, by extension, for social movements seeking to shape the state.”

Judicial review is an “implied power” established through legal interpretation. Only in 1803 was it solidified by the judicial jujitsu of Justice John Marshall’s ruling in Marbury v. Madison. In that case, Marshall (a staunch Federalist) ruled for the Jefferson administration on the specific merits of the case, but in the process established the Supreme Court’s right to determine “what is the law” and thus, to Jefferson’s consternation, prevented the executive branch from acquiring that power.

The many interlocked crises of the Critical Period cannot be understood without a class analysis, but neither can they be reduced to class struggle. Marxists should be able to center historical analysis on class without being blinkered by it.

Regardless of internal state politics, by the mid 1780s all the states functioned as centrifugal forces pulling the larger national project apart. The minimalist Articles of Confederation provided no mechanisms for national-level economic planning. As a result, the (bourgeois) revolutionary experiment was falling apart.

The review did get 1 thing correct: Radical Hamilton goes beyond the typical focus on how government works, to explore what government does. But then Ovetz incorrectly accuses me of completely ignoring how government works and thus missing the Constitution’s undemocratic features; chiding “this analytical flaw is both complex and simple.” Whoa!

Actually, chapter 9 in Radical Hamilton, “The Constitution as Reaction to Crisis,” covers the document’s anti-democratic features as a tool of class control that works via divide et impera meaning divide and rule.

Here is a taste of Radical Hamilton’s chapter 9:

This preservation of “peace” was an elite-class project to thwart the leveling impulses of the common people. A conservative scholar of Madison correctly summed up the Constitution’s class nature by noting that the “whole scheme essentially comes down to this. The struggle of classes is to be replaced by a struggle of interests. The class struggle is domestic convulsion; the struggle of interests is a safe, even energizing, struggle, which is compatible with, or even promotes, the safety and stability of society…. The mass will not unite as a mass to make extreme demands upon the few, the struggle over which will destroy society; the mass will fragment into relatively small groups, seeking small immediate advantages for their narrow and particular interests.”

But I do not end with this critique. I also look at how the Constitution, as a brokered document, contains contradictions; it “is not merely an instrument of class control. It also includes significant democratic concessions and puts real limits on the power of the moneyed classes.”

The review skips over my chapters on the Critical Period of the 1780s, and casts the rising interstate conflict, spiraling violence, and catastrophic post-war economic slump as a romantic and increasingly successful class struggle that was unfairly thwarted by the new U.S. Constitution.

The real story is not so simple. Class struggles were part of the Critical Period – for example Shays’ Rebellion, which gets a whole chapter in Radical Hamilton. But there was also violent intra-settler conflict on the frontier in what is now eastern Tennessee, in Pennsylvania, and in Vermont. These little wars involved rival cross-class formations. And there were destructive intra-elite struggles, for example the trade wars between states that started raising tariffs against each other. There was British meddling in assisting Native Americans in their resistance against white settlers in Georgia and what is now Kentucky. Western elites wanted Indian land, while eastern elites often opposed action by western militias for fear these marauders might trigger all-out war that could draw in Britain, France, or Spain, and possibly sink the whole Republic.

Contrary to the review’s assertion that state governments responded to the rising chaos by making progressive concessions to protest movements, many state governments became increasingly repressive, racist, and militaristic; for example, when Georgia and South Carolina launched their joint war against maroon communities living on the Savannah River.

The many interlocked crises of the Critical Period cannot be understood without a class analysis, but neither can they be reduced to class struggle. Marxists should be able to center historical analysis on class without being blinkered by it.

The review even tries to blame Hamilton for the Newburg Conspiracy, in which, at the end of the war, officers encamped on the Hudson River demanded their backpay and threaten to march off to the Ohio Territory if they did not get it. Never mind that the conspiracy threatened Hamilton’s patron, George Washington, and was led by Hamilton’s great military rival General Horatio Gates. Because Hamilton, who by then had left the army, lobbied political elites to placate the officers by paying them what they were owed, he is cast as a would-be golpista.

I knew Radical Hamilton would trigger a certain kind of moralizing leftist, but I expected a more substantive and informed response than that published in Spectre.

Christian Parenti is Associate Professor of Economics at John Jay College, City University of New York, and author of 5 books, the most recent being Tropic of Chaos: Climate Change and the New Geography of Violence (2011) and Radical Hamilton: Economic Lessons from a Misunderstood Founder (2020). 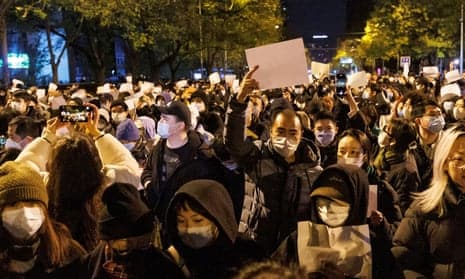 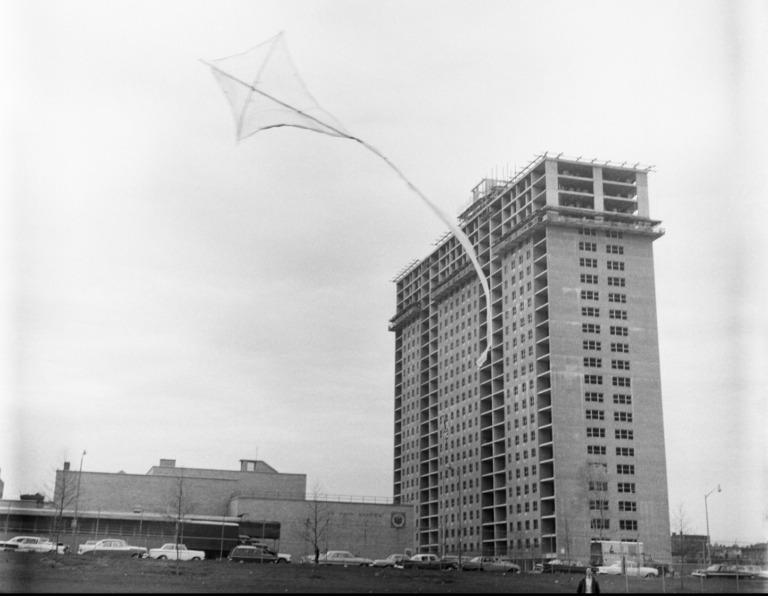