In the viral Youtube video “Corona Lie,” Dr. Wolfgang Wodarg, a pulmonologist, remarks: “Virologists created something very sensational here [with coronavirus].” He proceeds to downplay the virus as the flu, a seasonal occurrence that is being overblown. Wodarg believes that the reaction of governments and authorities to Covid-19 is inappropriate since the number of people with the flu in Germany – which he cited at 20,000 to 30,000 – currently exceeds the total number of coronavirus patients. Altogether, he sees the international response as part of a political plot to increase surveillance technology, government temperature checks, and panic.

In a 14 March 2020 interview with Radio Eins, Dr. Karin Mölling, professor and director of the Institute for Medical Virology at the University of Zurich, also expressed some caution about how people and governments are responding. She indicated that coronavirus is not a serious killer virus and that the real problem is die Panikmache (“scaremongering”).

These are corona skeptics heralding caution in the name of science. At the heart of these comments is a lack of recognition for the marginalized and oppressed: an indifference that bleeds into eliminationism. Yet Wodarg and Mölling are not alone in their skepticism – in Europe and beyond. While the German response to Covid-19 is lauded worldwide as among the best and most successful, comparatively, xenophobia and racism against migrants may be its Achilles heel. While the restriction of transmission has so far been relatively effective, conspiracism, denialism, and racism in Germany have become a toxic stew, boiling below a placid surface; these may undermine successful public health interventions. What is more certain is that denialism and xenophobia directly threaten the lives of migrants now, through and in addition to spread of the virus itself.

Corona denial is alive and well in the capital city of Berlin, where the German government suspects people are throwing “corona parties,” contravening official recommendations. Lars Schaade, the Vice President of the Robert Koch Institute and other Berlin officials have asked people to “stay at home and restrict your social life.” Employers are encouraging non-essential staff not to leave their homes, and people are being asked to no longer shake hands. Meanwhile, the public has started taking matters into their own hands, with people stocking up on food and pharmacies running out of sanitizer and face masks.

At the heart of these comments is a lack of recognition for the marginalized and oppressed: these remarks lack an intersectional approach to combating a global pandemic.

The new intensity is not merely something that people encounter in real life, but it is having a life of its own online – one paired with humor similar to an advertisement advocating for hand washing from a major character from the Netflix series, Sex Education. 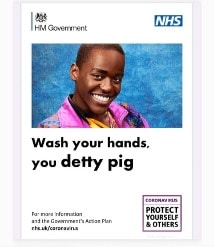 In some ways, the effective implementation of social distancing and other protocols to stop the virus is what has, ironically, created fertile ground for denialism. but for migrants, Covid-19 is undeniable. People are dying, and anti-science methods can kill. In the current outbreak, German apathy towards the pandemic’s global effect leads to rejection in some sectors of recommendations to stop transmission, in favor of individual acts of cynical bacchanal. These self-styled rebels clearly lack empathy for those that need the most protection: migrants, the elderly, and chronically ill people who are particularly at risk. The lack of concern and sense of responsibility for others is part of a rising right-wing tide, an open expression of disdain not only for migrants but for all non-Germans as countries such as Italy and the United States face massive fatality rates.

The Pandemic from a Migrant Lens

In the face of these skeptics, how do migrants interpret coronavirus and the public health measures in Germany, especially as migration is being restricted? In Bremen, refugees from the Lindenstraße camp have spoken out about the impossibility of social distancing in their facility. People are in bedrooms with six to ten others and have very poor air circulation. Moreover, the cantine does not provide private accommodations for eating. This led the refugees to protest, demanding protection from the novel coronavirus. As many people of color around the globe have argued, social distancing is a privilege – but it shouldn’t be. The basic needs of shelter, food, and security required for social distancing must be provided to all if measures to stop the virus will be effective.

Since she started a self-imposed social distancing, Aïssa Sica, a twenty-seven year old Senegalese French storyteller living in Berlin, has tried to reckon with the disease. She noticed that there was a difference between how she and her friends responded. She notes, “I feel people of color are responding. I don’t see people of color on the streets. It’s always white people and German people. We take it more seriously because we are more involved and we are less privileged. If we get infected, people will blame us as opposed to white people, and they will be taken care of.”

Sica is pointing to a longer history in Germany in which some people’s health seems to matter more than others, depending on race and nation. As Daniellis Hernández Calderón’s film “Testimonials of a Uterus” demonstrates, migrant women living in Germany do not always receive the same treatment in medical facilities as their white counterparts. Because some doctors have their prejudices, migrants have to fight for proper care.

Italy has been particularly struck by the coronavirus, with reported deaths exceeding those in China. For Antonio, a 42 year old Italian living in Berlin, the public health measures in Italy have kept his family homebound. He indicated, “They stay basically most of the time at home. This means that they cannot work anymore.” In our conversation over the phone, Antonio told me that one of his brothers, who lives in Rome, is a construction worker who is still working. When he goes outdoors, he is required to wear a mask. He meets people with a mask and takes his Ministry of Interior trips with a mask.

Solidarity must be intersectional, which means that every person’s health must be supported, and that health must be viewed as a collective good, across divisions of race, nation, and gender.

In contrast to Italy’s experience of mass death informing an apparently greater acceptance of social distancing, part of what is driving the corona denial in Germany is an ongoing debate about whether sacrificing individual rights should trump public health measures. When a government suddenly imposes strict rules in an exceptional period, it is no surprise that the general population will tend to willfully flout them. On March 17, 2020, the German Federal Office for Migration and Refugees announced that in light of the Covid-19 pandemic, it would suspend the resettlement of migrants from Turkey and of humanitarian refugees until further notice. “Fortress Europe” had already imposed a militarized border for African and Arab people seeking refuge from the climate crisis, authoritarianism, war, and cholera. This barrier to movement across borders is not entirely new, but now applied to Germany’s neighboring states.

Solidarity must be intersectional, which means that every person’s health must be supported, and that health must be viewed as a collective good, across divisions of race, nation, and gender. Border camps breed virus; an open policy for migrants, including housing and support, can stop the virus. Most of all, testing must be universal and free.

Solidarity has been sung by some during this episode of the pandemic. In Berlin, neighborhoods have had joint clapping and cheering from windows and balconies to thank caregivers, supermarket workers, and all those who keep life going. Moreover, Berlin activists have occupied abandoned buildings to provide shelter for the homeless. Many people, especially those with short-term contracts or service positions are now left jobless.

Over the next few weeks, the world will come to know more about the life of the virus. Covid-19 is not the flu; it is substantially more deadly and debilitating, and far more infectious. We will have to reckon with the differential impact of the disease around the globe.

This is a time for solidarity and to fight back – to figure out a cure for this and to avoid the scapegoating of migrants or ethnic minorities. Germany has been among the nations with the most robust Covid-19 response, including testing and effective quarantine. But xenophobia may be the fatal flaw in that program. Instead of stigma and misplaced blame, the task is to figure out how to flatten the inequities that exist with testing, treatment, and care. By doing so, we can cut the pandemic off before it can reassert itself and spread, and before it can kill and maim more of the world’s most dispossessed, oppressed, and vulnerable members of society.

Edna Bonhomme is a Postdoctoral Fellow at the Max Planck Institute for History of Science in Berlin. 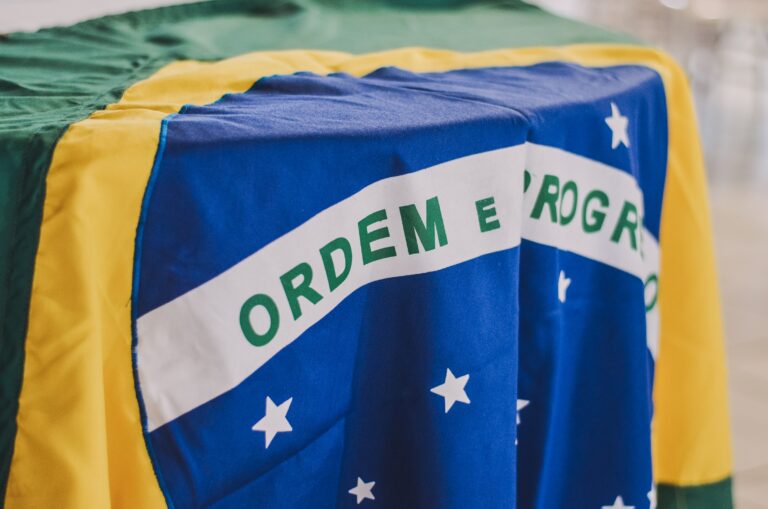 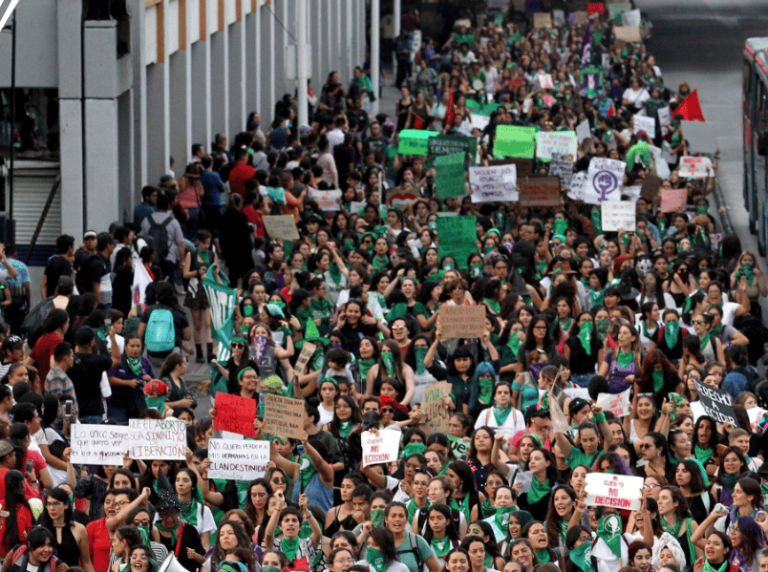 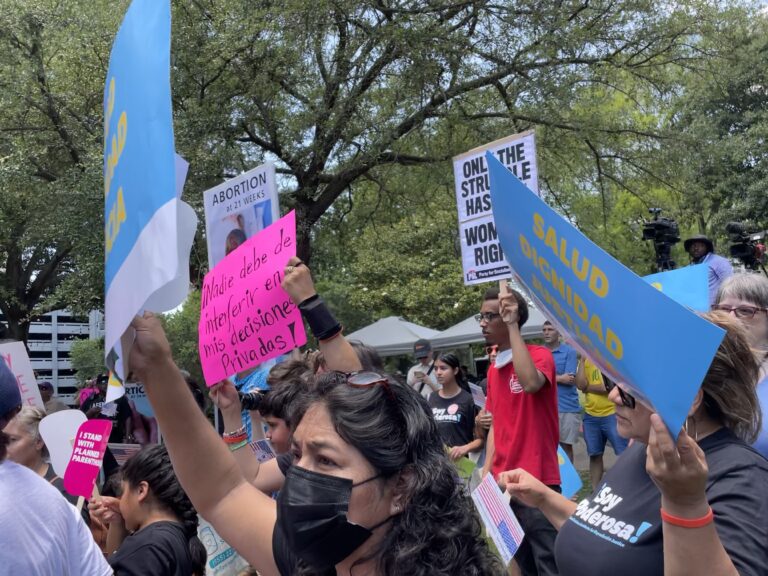 Mònica Clua-Losada and Mireya Garcia explain why the struggle for reproductive justice must draw from the lessons learned from communities on the border, like the Rio Grande Valley.