On Social Reproduction and the Covid-19 Pandemic

Capitalism prioritizes profit-making over life-making: We want to reverse it

This pandemic, and the ruling class response to it, offers a clear and tragic illustration of the idea at the heart of Social Reproduction Theory: that life-making bows to the requirements of profit-making.

Capitalism’s ability to produce its own life blood—profit—utterly depends upon the daily “production” of workers. That means it depends upon life-making processes that it does not fully and immediately control or dominate. At the same time, the logic of accumulation requires that it keeps as low as possible the wages and taxes that support the production and maintenance of life. This is the major contradiction at the heart of capitalism. It degrades and undervalues precisely those who make real social wealth: nurses and other workers in hospitals and healthcare, agricultural laborers, workers in food factories, supermarket employees and delivery drivers, waste collectors, teachers, child carers, elderly carers. These are the racialized, feminized workers that capitalism humiliates and stigmatizes with low wages and often dangerous working conditions. Yet the current pandemic makes clear that our society simply cannot survive without them.  Society also cannot survive with pharmaceutical companies competing for profits and exploiting our right to stay alive. And it is apparent that the ‘invisible hand of the market’ will not make and run a planet-wide health infrastructure which, as the current pandemic is showing, humanity needs.

The health crisis is thus forcing capital to focus on life and life-making work such as healthcare, social care, food production and distribution. We demand that this focus remains even when the pandemic has passed so that health, education and other life-making activities are decommodified and made accessible to all.

Social reproduction workers are essential workers: We demand they be recognized as such in perpetuity

While most commodity-producing companies lacking workers have seen their profits and stock values drop precipitously, they find themselves beholden to the people-making organizations, communities, households and individuals. But, given capitalism’s need to prioritize profit-making over life-making, such organizations, communities, households and individuals are barely equipped to meet the challenge. It is not just that Covid-19 has taken a toll on healthcare, public transit and grocery store workers, various community volunteers and others. Years and years of dismantling essential social services in the name of austerity means that social reproductive workforces are smaller than they used to be, and community organizations fewer and less well resourced.

To compensate for decades of neglect in a crisis, many capitalist states and corporations are shifting their priorities, but only partially and temporarily. They are sending cheques to households, extending unemployment insurance to precarious workers, ordering automakers to switch from producing cars to producing masks and ventilators. In Spain, the state temporarily took over for-profit hospitals; in the US, insurance companies are forfeiting co-payments for Covid-19 testing. Among other things, this shows just how readily available and plentiful are the resources to actually meet people’s needs when there is political will.

We demand that workers in social reproduction sectors—nurses, hospital cleaners, teachers, garbage removal staff, food makers and supermarket employees—be permanently recognized for the essential service they perform, and their wages, benefit and social standing be improved to reflect their importance in maintaining society as a whole.

Bail out people not banks

Our rulers are devoting far more resources to bailing out businesses, in the hope of staving off an utter collapse of capitalist value. The very profits produced, we remind you, by the labor power that social reproductive labor supplies. CEOs of hotel and restaurant chains, tech and airline companies, and more are throwing millions of workers off their payroll, while largely preserving their own hyper-inflated salaries and benefits. This is because the capitalist system requires that the contradiction between life and wage labour always be resolved to the benefit of capital rather than people’s lives.

This pandemic is hitting immigrants and detainees very hard: those who are stuck in prisons or detention centers with indecent hygienic conditions and no health resources, those who are undocumented and suffer in silence for fear of seeking help and getting deported, those who work in life-making activities (health and social care, agriculture, etc.) and are more at risk of being infected because they have no choice but go to work (lacking adequate or any protective gear), those who are in transit between countries trying to reach their families, and those who cannot leave their countries because of travel bans and sanctions.

Pandemic or not, Trump will retain the sanctions against Iran (where infection rates and deaths are skyrocketing). And neither Trump nor the European Union will pressure Israel to lift sanctions that rob the 2 million people imprisoned in Gaza of much needed medical supplies. This differentiated response to the pandemic draws upon and reinforces the racist and colonialist oppression that is capitalism’s underbelly.

We demand that healthcare needs take precedence over any immigration regulations, that those imprisoned for most crimes be released immediately and alternative compassionate sanctions are found for those who are sick, that detention centers and other carceral institutions aimed at disciplining rather than nourishing life be closed.

Solidarity is our weapon: Let’s use it against capital

The pandemic has revealed to the world how working people in a crisis always get by through a wide and creative array of survival strategies. For most, that has meant relying on immediate friends and family. Some, however, are managing through mutual aid initiatives. For the homeless and those capitalist society has rejected as a burden, support has come from heroic initiatives of social reproduction volunteers who are offering to others nothing less than the right to life. Neighborhoods across the UK are creating Whatsapp groups to stay in touch with the most vulnerable and help them obtain food and medication. Schools are sending food vouchers to poor families with children eligible for free meals. Food banks and charities are seeing the number of volunteers rising. Social reproduction commons are arising as an urgent necessity. But we have also learned the lessons of the past: we will not allow capitalist governments to use social reproduction commons as an excuse for the state’s withdrawal from responsibility.

As socialist feminists, we need to push this further, to work together to call for public provision of all that is necessary for human life to thrive. This means building solidarity across the different communities that are unequally affected and resourced. This means supporting the most marginalized and arguing for those with any social resources—trade unions, NGOs, community organizations—to share and support those without. This means demanding that the state recognize social reproduction work as the cornerstone of social existence.

We demand that governments learn from the people and replicate in policy terms what ordinary people are doing to help and support each other.

The lockdown measures adopted by most countries to contain the spread of Covid-19, while absolutely necessary, have severe consequences for millions of people who live in abusive relationships. Reports of domestic violence against women and LGBTQ folk have multiplied during the pandemic as victims are forced to stay indoors with violent partners or family members. Stay-at-home campaigns that do not take into account the specific plight of domestic abuse are particularly worrisome in a context in which years of rampant neoliberalism have meant that funds have been withdrawn from anti-violence shelters and services

We demand that governments immediately reverse years of defunding of anti-violence services, and provide the resources agencies need to operate and widely publicize their helplines.

Social reproduction workers have social power: We can use it to reorganize society

This pandemic can, and should, be a moment when the left puts forward a concrete agenda for how to support life over profit in a way that will help us move beyond capitalism. This pandemic has already shown us how much capitalism needs social reproductive workers—waged and unwaged, in hospitals and infrastructure work, in households, in communities. Let’s keep reminding ourselves of that, and of the social power that such workers hold. This is the moment when we, as social reproduction workers, must develop the consciousness of the social power we hold, in our national contexts, at the borders that divide us, and across the globe.

If we stop, the world stops. That insight can be the basis of policies that respect our work, it can also be the basis of political action that builds the infrastructure for a renewed anti-capitalist agenda in which it is not profit-making but life-making that drives our societies. 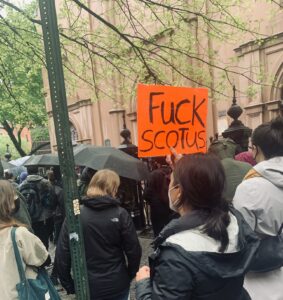 Against Putin’s War in Ukraine 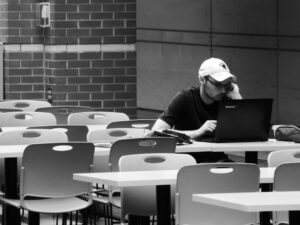 In the face of reduced socialization while working, how can a 21st century labor movement develop the bonds required for robust anti-capitalist organization?