We Need to Return to the Summer of BLM Uprising

We have a favor to ask: if you like what you read, please consider making a donation, however small, to Spectre. We have no HR departments funding us, and so donations like yours are our only means to keeping bringing you anticapitalist thinking from around the world. Every little bit helps!

But, the changes have come, they have added up. You don’t think that the black petty bourgeoisie that we have in this country today pulled itself up by its own boot straps right? They rose on the backs of the kids who burned down the cities.
–A. Sivanandan1Qtd. in Sita Balani, “Catching History: Vigils, Riots and the Right to Protest,” Verso blog (19 March 2021)

If you look at American workplaces at the moment I wouldn’t blame you for thinking that antiracism was quite easy. The speed at which diversity training programs mushroomed in the aftermath of the anti-police uprisings of the past summer, along with specialist gurus leading them, could easily lead you to think that antiracism was a set of politics best practiced in the bowels of HR departments. No Black bodies left dying on streets, no police stations to burn, just a stack of Robin D’Angelo books and late afternoon management-led sensitivity training sessions.

US companies currently spend $8 billion annually on diversity training. This is despite multiple studies demonstrating that such training neither increases diversity nor stamps out racism. And yet they continue. They continue precisely because these HR exercises are not about dismantling white supremacy; they are about inoculating companies and universities against lawsuits from people who encounter racism and sexism at work.

Over the last decade, Wall Street giants like Morgan Stanley, Merrill Lynch, and Smith Barney had to pay out millions of dollars to settle harassment claims, leading such firms to reevaluate their strategies around race and gender. The first of these was to demand that new hires sign contracts agreeing not to join class action suits. Their second and related move was to increase investment in diversity training. Even limited tools to protest against discrimination were thus taken away from employees while ushering them in to brightly lit company seminars on diversity.

We finally really went through the looking glass when McDonald’s responded to the Black Lives Matter protests with a powerful 1-minute video listing the names of George Floyd and others who have been killed, including Trayvon Martin, Michael Brown, Alton Sterling, Botham Jean, Atatiana Jefferson, and Ahmaud Arbery. The fierce love and rage of the BLM protests were seamlessly marketized by a company that still refuses pay its overwhelmingly Black and brown workforce $15 an hour. As George McCary, a militant Black worker at McDonald’s put it: “I get paid just $8.25 per hour. That’s so low that the only bill I can pay is my phone bill, and I’m forced to turn to food stamps to eat.”

But the final word on the culture of corporate diversity must go to the Minneapolis Police Department. Over the years they had become a model of diversity. Police officers were made to attend implicit bias trainings, mindfulness workshops, seminars on de-escalation and crisis intervention. But no soft music, soy candles, or breathing exercises stopped Derek Chauvin on May 25, 2020.

These HR exercises are not about dismantling white supremacy; they are about inoculating companies and universities against lawsuits from people who encounter racism and sexism at work.

Because in brutally murdering George Floyd, he was merely fulfilling the purpose of the institution he served: the police.

It is time we recognize 2 dangerous trends in this business of corporate diversity. First, that the language of diversity, masquerading as anti-racism, has become completely unmoored from social meaning; and second, because it is so, women and people of color are now hired as purveyors of violence to shield the system from criticism.

I want to repurpose that concept, predatory inclusion, to refer to all the women and people of color “elevated” to positions of power, in the highest levels of government, banks, universities, and corporations. It is a means to refract from any criticism and direct attention to the empty form of representation. It is also a way for the system to launder its violence.

Two years ago, Cinzia Arruzza, Nancy Fraser, and I published a manifesto in which we argued that the language and politics of feminism had to be wrested from Sheryl Sandberg, Hillary Clinton blessed-feminism and reanimated with the power of feminist strikes and occupations. We pointed out that it mattered not to women and men of the global South that the bomb or debt peonage headed their way was designed or unleashed by a woman. It is just as important today to rescue the politics of antiracist street fighting from a rainbow capitalism that seeks to tame it by either obscuring elite women’s role in mass incarceration, or else crowing that a person of color heads one of the most vicious immigration regimes of our times.

An instructive example of capitalism’s strategy is from Puerto Rico. During the 2010-11 militant students’ strike against privatization at the University of Puerto Rico, the University contracted a private security firm, Capitol Security, for $1.5 million to break the strike. The firm hired young men and women from Villa Cañona in Loíza, a predominantly Black and low-income neighborhood in a predominantly Black and low-income municipality, to tear down university gates and act as paid strike breakers.

The uprising was fighting police violence but not in acceptable, approved ways; they were fighting to damage capital.

As Marisol Le Bron’s powerful account of the strike documents, a municipal employee approached the young people with an offer of $10 an hour to “work” at the University. On an archipelago, Le Bron noted, “with official unemployment statistics hovering above 16 percent and where the federal minimum wage was $7.25 an hour, it is not surprising that youths from one of the poorest municipalities in Puerto Rico jumped at the opportunity Capitol Security presented.” The resultant struggle between university students and the poor, young people of color working as strike breakers, strained antiracist solidarities within the strike and weakened it. It took a young, Black, socialist striker, Giovannio Roberto, himself a product of racialized poverty, to cut through this strategy and speak directly to the youth and talk to them about their shared histories and common spaces of interests:

I am also from a poor barrio and I am also Black just like you all. When I was young, my parents couldn’t find work, just like you all who don’t find work now. And I lived for many years on cupones [federal assistance]. I lived until I was sixteen years old on cupones. Until I was sixteen… But what’s wrong? In this world we are not all equal. Why is Loíza un pueblo de negros [a Black town]? Why is Carolina un pueblo de negros? Why are Dorado and Condado considered pueblos de blanquitos [towns full of rich whites]? It’s called racism. It’s called institutionalized racism…They don’t want us to leave. Those born in Loíza stay in Loíza. Those born in Carolina stay in Carolina. When we come here to fight every day, it’s so that all of you also have an opportunity to break that cycle.

Roberto’s speech ended a night of violence with the extraordinary spectacle of these young striker breakers shaking hands with strikers in a moment of luminous solidarity.

There were no soy candles or mindfulness seminars in the glorious Black uprisings of the past summer. What knit the protests together was a deep sense of injustice and a history of antiracist uprisings of the past. Women and men who rushed to the streets did not want a seat at capital’s table, if that meant the rest of their community was going to be fed scraps from it. The uprising was fighting police violence but not in acceptable, approved ways; they were fighting to damage capital.

Taking the lead from those global protests, as members of oppressed groups, we need to rebuild movements which represent our interests, not just our race, gender, sexuality, ability, national origin, religious background, and so forth. If our interests are bulldozed over in the name of “diversity” then the pain and harm caused cannot be mitigated with the assurance that the person wielding power over me shares my skin color.

That assurance is as vulgar as the email signature of land acknowledgement from a white administrator as she fires you from your job.

We want a return of the Black uprisings of the summer not because their target was for more Black people as CIA operatives, but because their aim was to dismantle a system that needs a CIA. 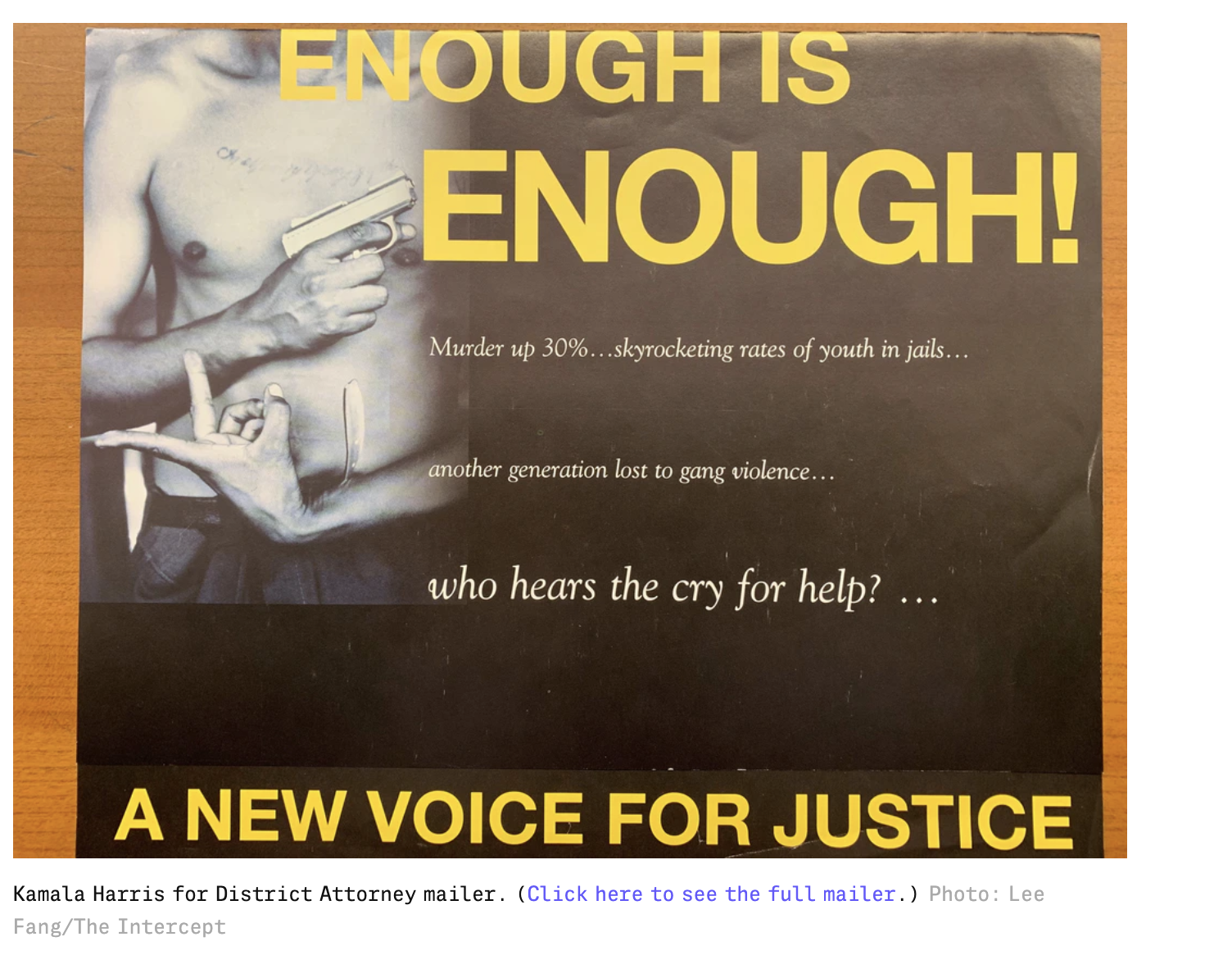 Tithi Bhattacharya is a professor of South Asian History and the Director of Global Studies at Purdue University. She is the author of The Sentinels of Culture: Class, Education, and the Colonial Intellectual in Bengal (Oxford University Press, 2005) and the editor of the now classic study Social Reproduction Theory: Remapping Class, Recentering Oppression (Pluto Press, 2017). She recently coauthored the popular book Feminism for the 99%: A Manifesto (Verso, 2019), which has been translated into over 25 languages. She writes extensively on Marxist theory, gender, and the politics of Islamophobia. Her work has been published in the Journal of Asian Studies, South Asia Research, Electronic Intifada, Jacobin, Salon, The Nation, and the New Left Review. She is on the editorial board of Studies on Asia and Spectre.