Palestine, Socialists, and the Virus of Electoralism

Fateful moments arise in the lives of all political organizations. As with individuals, so too with organizations: critical choices can set a trajectory that defines a life-history.

So it is with the Democratic Socialists of America (DSA) in the United States at the moment. It is perhaps not surprising that the issue is Palestine—the defining question of global justice today. After all, questions of imperialism have often marked turning points on the international left. And today DSA risks violating its anti-imperialist responsibilities by betraying the worldwide movement for Palestine liberation.

The sorry episode in question can be boiled down to the following essential facts. In July of this year, Jamaal Bowman, a DSA member elected to the House of Representatives from New York, voted in favor of $3.3 billion in direct aid to the apartheid state of Israel. Five weeks later, he voted for another $1 billion for Israel, this time for its “Iron Dome” military project. Most recently, in November, Bowman defied the global solidarity boycott on travel to Israel and joined a delegation that met with both the Israeli Foreign Minister and Prime Minister Naftali Bennett. The latter, who succeeded Benjamin Netanyahu earlier this year, is the most extreme right-wing leader in the country’s history, having bragged about personally killing Arabs and continuing to advocate unilateral annexation of the Occupied Territories.

That this visit came in the aftermath of Israel’s most recent murderous attacks on Gaza makes it doubly offensive. All of this, as the National Committee for Boycott, Divestment, and Sanctions (BDS) put it, makes Bowman “complicit in whitewashing Israel’s regime of military occupation, settler colonialism, and apartheid.”

Palestine is the litmus test for anti-imperialism in the world today, particularly for socialists in the United States. Unlike previous generations, today’s young radicals have no illusions in the “socialist” character of Israel nor do they buy into the dubious claim that it provides a haven against anti-Semitism. DSA officially adopted support for BDS at its 2017 national convention. This is both a clean break from the organization’s previous collaboration with the Zionist regime, and a clear sign that this new generation of organizers understands the imperialist, racist, and settler colonial character of the Israeli state. 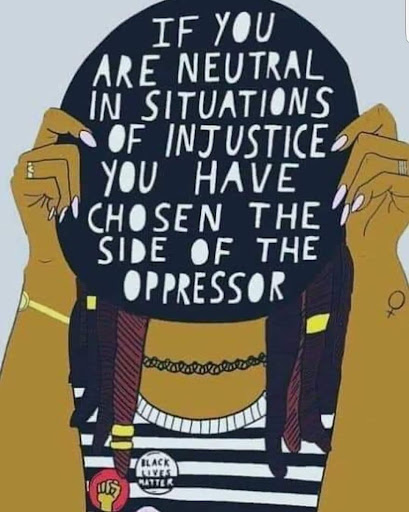 The great South African anti-apartheid campaigner Archbishop Desmond Tutu once observed, “If you are neutral in situations of injustice, you have chosen the side of the oppressor.” For Jamaal Bowman or any other DSA elected official to have remained neutral on Palestinian liberation would be bad enough. But Bowman has consistently chosen the side of the oppressor. He has aligned himself with US empire, Israeli apartheid, and their war machine against the people of Palestine.

To align with the oppressor is to break in any meaningful sense with the socialist project. That is why, rightly in our opinion, dozens of DSA chapters and youth groups have condemned Bowman and called for the revocation of his DSA membership. In so doing, these DSA groups have honored similar calls from major Palestine solidarity organizations.

Of course, the left has seen capitulation to imperialism before. In the face of the outbreak of World War I, social democratic parties across Europe violated their professed policies by backing their own governments’ imperial war designs. Thankfully, a left internationalist current—represented by the likes of Rosa Luxemburg in Germany and the Bolsheviks in Russia—held to an uncompromising anti-war position. In so doing, they preserved the dignity of international socialism.

As Spectre’s editors have argued on many occasions, the dilemma that confronts DSA at the moment grows out of the logic of electoralism. (See, for example, the link at the end of this article.)

“Advances” that come at the cost of sacrificing socialist principles are illusory.

The question of electoralism is not about participation in electoral politics. Revolutionary socialists across history have campaigned within the electoral arena. But they have typically insisted that mass struggle outside the electoral sphere—in workplaces, communities, and in the streets—is dramatically more significant than the relatively passive act of turning out to the ballot box. They have thus given priority to insurgent mass action, rather than elections.

Electoralism, on the other hand, is the tendency to subordinate all forms of political struggle to electoral operations. And with this comes a slide away from fundamental principles of just the sort DSA is witnessing at this moment.

Electoralism elevates electing officials over mass mobilization from below. It prioritizes integration into the capitalist state rather than overturning it. And as electoralists myopically emphasize the centrality of elected officials, they do everything they can to defend those officials’ inevitable compromises with the powers that be. The result is an unending series of adaptations to capitalism, each one defended as an important tactical move to preserve the electoral advances of the movement. We have seen this in the progressive abandonment of Medicare for All in favor of an Obamacare “public option,” and of the Green New Deal in favor of Biden’s “Build Back Better” scheme. The unwillingness to openly condemn Bowman grows from the same logic.

But “advances” that come at the cost of sacrificing socialist principles are illusory. They weaken the socialist content of the movement’s politics and practice. Equally disabling, by prioritizing electoral politics, a movement fails to train activists in the skills of organizing radical mass action. It generates door-to-door canvassers rather than organizers and leaders in community and workplace insurgency.

Inevitably, electoralists compromise on internationalism. This is because mainstream politics revolve around nationalism and commitment to one’s nation-state. To go against that grain—to be uncompromisingly hostile to your own state’s imperial agenda—is not always immediately popular. So it was at first for opponents of the US war in Vietnam, or for US campaigners against apartheid in South Africa. But those people stood on principle and built mass movements that helped to change our world.

This is why DSA confronts a moment of truth. To compromise on Jamaal Bowman’s betrayal of Palestine and global justice will harden a trajectory away from any politics that could be meaningfully described as socialist.

We say this without any sense of celebration. We are not in the business of applauding the misfortunes of others on the left. Indeed, we stand in solidarity with those sections of DSA that have called for Bowman’s removal from their ranks. We wish them success in their defense of fundamental socialist principles.

But we also call on them to challenge the logic of electoralism that has brought DSA to this point. This is a vital time in the US and beyond to keep the flag of radical socialism flying high. And that can only be done by way of unflagging commitment to justice for Palestine and to all struggles for liberation across the globe.

For more on alternatives to electoralism, see this article from Spectre 3, which we’ve decided to make freely available for all readers.